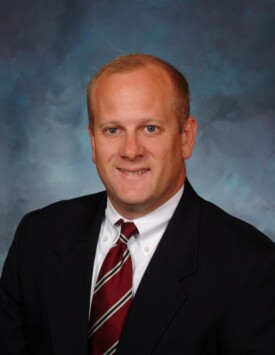 Jeff Wahlen is a partner in the Ausley & McMullen law firm in Tallahassee, where he has been practicing since 1990.  He has a bachelors and master’s degree in accounting from Florida State University and graduated from the Florida State University College of Law, where he was a member of the Law Review and Moot Court.  Jeff served for five years on the Florida Board of Bar Examiners (its Chairman in 2009-2010) and is a graduate of Leadership Tallahassee Class XII and Leadership Florida Class XXI.  Jeff was Chairman of Leadership Tallahassee in 1998-99, Chairman of the Greater Tallahassee Area Chamber of Commerce in 2003-04 and Chairman of the Tallahassee Memorial Hospital Foundation in 2009-10. Jeff is a member of Pi Kappa Phi Fraternity, served 12 years on its National Board of Directors and served as its National President from 2008-10.  Jeff previously served on the Board of Trustees from 1994 to 2007 and as its Chairman in 2002-03.  Jeff has been married to his wife, Kris, for 25 years and has two sons, Benjamin and Daniel.