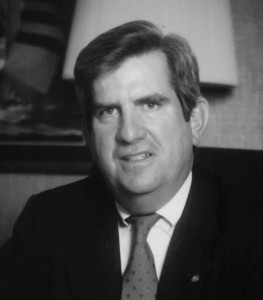 Bill was born January 21, 1942 in Tallahassee, Florida to Mr. and Mrs. George E. Owen. He graduated from Leon High School where he was a member of the golf and basketball teams. He attended the University of Florida, 1960-1964, graduating with a major in accounting and a minor in finance. He was a member of SAE fraternity.

After graduating from Florida, Bill attended law school at the University of Nebraska. Graduating in 1967, he served as a member of the law review, the national moot court team, and having attained the academic distinction of “Order of the Coif” typically awarded to the top 5 percent of the class.

In 1967, Bill returned to Tallahassee where he clerked for the Honorable Richard W. Ervin, Chief Justice of the Florida Supreme Court. After his clerkship he entered the private practice of law in 1971.

In 1988, Bill was appointed to the Board of Directors of Woodmen of the World Life Insurance Society, the fourth largest fraternal benefit society in the United States. Bill served as Chairman of the Audit Committee, until he became the Chairman of the Board, the first independent director to attain this position in Woodmen’s 120-year history. Bill retired from Woodmen in February 2012. He is survived by his wife Carolyn Owen. 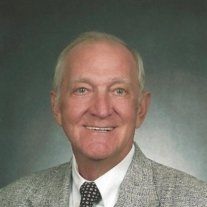 James Terrell Conner, 76, passed away December 2, 2013. He was born July 31, 1937 to Terrell and Lenora Conner. James grew up in Cordele where he was active in sports at Cordele High School. He was a radio announcer at the local radio station. He attended technical school and was an Army veteran.

Through James’ involvement with the kids he coached youth baseball for both boys and girls and was a scout master for many years for Boy Scouts of America.

James retired from Centel Telephone Company in 1984 and currently worked with Community Realty of Killearn and was an active member of the Tallahassee Board of Realtors.

James was an active member of Immanuel Baptist Church.

James was preceded in death by his parents, his sister (Joyce Young) and brother-in-law, W.R. Harrelson. He is survived by his sister, Shirley Duke (Carl) and a brother, Jack Conner. Further survivors include his cherished grandchildren, Amanda “Mandy” Etheridge, Amber Etheridge, James Tyson “Ty” Conner and John Marc Conner and numerous nieces and nephews.

Dr. West began his career in the Navy where
he dedicated 22 years, proudly rising from Seaman Recruit to Lieutenant
Commander. During Vietnam, he served two tours in country as a corpsman for the
United States Marines and served one tour on ship, stationed offshore of
Vietnam. During his time in the Navy Dr. West earned his Bachelor of Science
Degree in Hospitality Management from Cornell University and his Master of
Science in Systems’ Management from the University of Southern California.

After the Navy, Dr. West managed numerous
restaurants, but soon realized that teaching was his true passion. In 1988, he
graduated with a Ph.D. from Virginia Tech University and joined Florida State
University as a professor and then chairman of the Department Hospitality
Administration.

Joe was a dynamic trustee of the Foundation
that created and sponsors the Biletnikoff Award, which recognizes college
football’s outstanding receiver at any position.

After FSU, Joe served for ten years as Dean,
School of Hospitality and Tourism Management, and one year as Vice Provost,
Biscayne Bay Campus of Florida International University. During his tenure as
dean he co-founded the South Beach Wine and Food Festival and established a
satellite campus in Tianjin, Peoples Republic of China – the first United
States University to do so – which currently has an enrollment of over 1,200
students. His entrepreneurial initiatives brought over $24 million to the
school.

In retirement Joe moved to Everglades City, FL, with his wife Liz but he could not relinquish his commitment to teaching and supporting others. He joined the faculty of Miami- Dade College in 2012 and continued to teach and develop Work Force Training classes until August 2018. He also volunteered in his local community, serving as President of the Lion’s Club and leading volunteer efforts after Hurricane Irma.

Dr. West was especially proud of his
children: Wanda Hamilton, Joseph J. West, Jr. Mary Beth Hamilton and Travis
West. He also has eight grandchildren, with another on the way, and two
great-grandchildren.