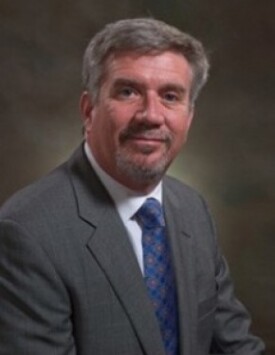 Michael Mattimore is certified by the Florida Bar in the practice area of Labor and Employment Law. He is rated “AV” by Martindale-Hubbell which denotes the highest level of professional and ethical excellence. From 2007 to the present, Mr. Mattimore has been recognized by Florida Trend Magazine as a “Legal Elite Attorney”. He has been designated from 2007-2010 as a Florida “Super Lawyer” as a result of a poll of forty-four thousand Florida attorneys. He has also been named as one of the Best Lawyers in America in 2008, 2009 and 2010. For 2010 he was named “Best Lawyer” in the area of labor and employment law for Tallahassee, Florida.

Mr. Mattimore is a shareholder with the firm of Allen Norton & Blue. The firm has exclusively practiced labor and employment law in Florida, on behalf of management, for over forty-one years. He has practiced with this firm since 1981 except for a four-year term of office (1987-1991) as the Chairman of the Florida Public Employees Relations Commission. In that gubernatorial appointment, confirmed by the Florida Senate, he had oversight of all public sector labor relations in Florida. Mr. Mattimore served in the capacity of Chairman under both Governor Martinez and Governor Chiles. Currently, Mr. Mattimore acts as the Chief Negotiator for Governor Rick Scott in his role as the public employer for all state employees and as Special Counsel for litigation involving labor issues. He previously served as Special Labor Counsel to Governor Lawton Chiles and as the Chief Negotiator for Governors Jeb Bush and Charlie Crist.

In 1998 Mr. Mattimore was selected by the President of the Senate, Speaker of the House and Governor Chiles to serve as the Co-Chairman of the Workforce 2002 Commission. This Commission explored the means for improving the public sector workforce through the implementation of innovative wage and benefit programs.