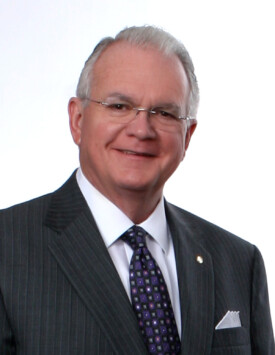 His hobbies and interests include Presidential history, and more particularly Presidential funerals and burial sites. He has visited every burial site and library. He is a member of the Monticello Foundation, the Theodore Roosevelt Association, and has been appointed by the National Archives and Records Administration as a researcher at the Herbert Hoover Library in West Branch, Iowa.

He is married to Patti Brewster Bevis and they have two children, Brewster Bevis, and his wife Amanda and Sarah Bevis Taylor, and her husband Tholley and two grandsons, Leo Burbridge Taylor and Waylon Russell Taylor.