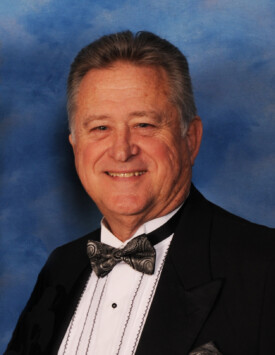 Stephen R. Winn Winn currently serves as Executive Director of the Florida Osteopathic Medical Association, a position he has held since 1984. He is President of Stephen R. Winn & Associates, a Tallahassee-based governmental and public relations company. He also serves as a legislative and governmental consultant to the Florida Society of Hearing & Healthcare Professionals and GlaxoSmithKline Pharmaceutical Company. Mr. Winn has served as a Trustee for the Tallahassee Quarterback Club Foundation, Inc. (TQCF) since 2003 and served as Chairman of the TQCF, Inc., Biletnikoff Award, from 2009-2010. He is a member of the Florida Health Insurance Study Advisory Council, the Republican Presidential Task Force, the American Osteopathic Association, the Association of Osteopathic State Executive Directors and a former member of the Board of Governors for the Florida Medical Malpractice Joint Underwriting Association. He is also a member of the University Club, FSU Golden Chiefs, and the FSU Alumni Association. Mr. Winn is currently Chairman of ProBank and was one of the founding members of First Bank of Tallahassee, to which he served as Chairman of the Board of Directors from 1993-1994. He is also a Past Chairman of the Board of Directors of the Tallahassee Community College Foundation. He graduated from Florida State University in 1967 with a B.S. Degree in Hotel and Restaurant Management. He served in the U.S. Army as a First Lieutenant. Mr. Winn lives in Tallahassee with his wife, Judy. He has three children and seven grandchildren.