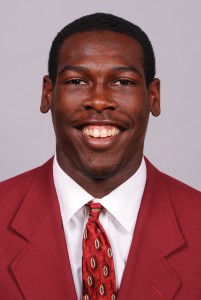 The Tallahassee Quarterback Club Foundation, Inc. congratulates Marqise Lee on being selected the 2012 Biletnikoff Award recipient and will present the award-winning Biletnikoff Award trophy, the most beautiful in college sports, to him at the 19th annual Biletnikoff Award Banquet for 550 patrons at the University Center Club at Tallahassee’s Doak Campbell Stadium on Saturday, February 9, 2013, with Pro Football Hall of Famer Larry Csonka delivering the keynote address. At the banquet, the Foundation will recognize high school seniors who have overcome significant barriers to achieve at the highest academic and extracurricular levels and who will receive over $640,000 in college scholarships from the Foundation.