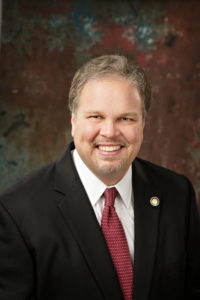 George D. Avant, Jr. is a sixth generation Floridian and a fifth generation graduate of Florida State University where he received his Bachelor’s Degree in Finance in 1984. He became a 3rd generation financial advisor in 1985. George became a District Manager in 1988 and has qualified for numerous industry and company awards. He holds the Chartered Financial Consultant and Chartered Life Underwriter designations. George opened his own firm, Avant Financial Group, in 2006. He and his team of advisors have over 100 years of experience and manage over $400,000,000 in assets for their clients.

George is very involved in his community. He is a Past President of the Tallahassee Association of Insurance and Financial Advisors and The Rotary Club of Tallahassee. In Rotary he has served on the Board and been the chairman of the Annual Salvation Army Bellringing Project for over fifteen years. In 2017 he received the “Frederick Clifton Moore” Award from the Tallahassee Rotary Club for his lifetime of service to his club, the community and his profession. George is very generous with his time to charitable organizations. He is an active board member of the Salvation Army and Hope to Haiti. He is an eagle scout, member of the Economic Club of Florida and attends Wildwood Presbyterian Church with his wife Leanne. George has three children and three spoiled grandchildren. George enjoys tennis, reading, gardening, hunting, traveling, Seminole sports, motorcycle riding and working on his tree farm.