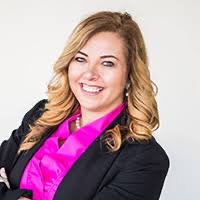 Melissa Ramsey is the former Vice Chancellor for the Florida Department of Education overseeing School Improvement, Exceptional Student Education, Student Services, English Language Learners and all federal grant programs. She served the state for six and a half years. During her leadership, low performing schools reduced significantly, grants were streamlined and consolidated and Florida led the nation in reopening schools lessening the negative impact of the pandemic on Florida’s students.

Melissa previously served as an educator in Gulf County where she had the incredible opportunity to serve at all school levels, elementary, middle and high, as well as in various capacities and at the district office. She believed in educating the whole child and loves the quote by Aristotle, “Educating the mind without educating the heart is no education at all.”

She started as a counselor for a Juvenile Justice program and then became a Guidance Counselor and coached softball and volleyball. Melissa then became assistant principal of the high school and later served as principal for five years at Port St. Joe Elementary School and was awarded a prestigious turnaround principal award from the Department of Education.

At the district office, like most rural districts, she served in a variety of roles from district testing coordinator, to overseeing professional development, leadership training and other special projects.

She has three incredible students raised in Gulf County. MaKayla serves as a doctor in residency for the Navy in San Diego, graduating from Florida State Medical School in 2021. Will is a traveling welder and MaLena is a sophomore in college at Troy University. Melissa also has a grandson, Cooper, who is simply amazing and the reason for her early retirement! She also has a business in Gulf County, Boutique by the Bay and serves in various volunteer organizations.