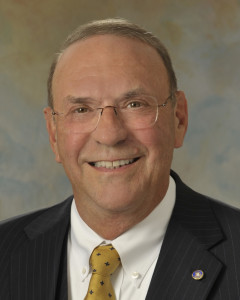 Roger graduated from Auburn University with a B.S. and a M.B.A. degree and from the Birmingham School of Law with a J.D. degree.

He served in the United States Air Force during the Vietnam Era where he attained the rank of Captain and was awarded the Air Force Commendation Medal.

Roger began his professional career with Wheelabator-Frye, Inc., which was a Fortune 500 Company. He held the following positions with subsidiaries of Wheelabator-Frye: Project Controller of Rust International, Inc., Controller of Frye Copysystems, Inc. and lastly C.F.O. of Sinclair and Valentine, Inc.

Roger then became C.F.O. and member of the Board of Directors for Sunnyland Foods, Inc. before founding C & W Food Service, Inc. in Tallahassee, Florida. He served as President and C.E.O. of this company for 17 years until he sold the company to a national competitor. He remained as President for another 4 years after which he left to become President of Champion Management Company.

His professional and community service activities include Past District Governor for Rotary International, Past President Rotary Club of Tallahassee, Treasurer of Rotary International Zones 33&34, Auburn University Harbert College of Business Advisory Council, Past Chair of the Tallahassee Memorial Healthcare Foundation, Chair of the Church Council for First Methodist Church of Monticello, Board of Directors Monticello – Jefferson County Chamber of Commerce, Sons of the American Revolution, Georgia Bar Association, Georgia Society of CPAs and the National Eagle Scout Association.

Roger received the 2003 Tallahassee Chamber of Commerce Business of the Year Award. He is married to Donna Champion. Together they have one son and three grandchildren.