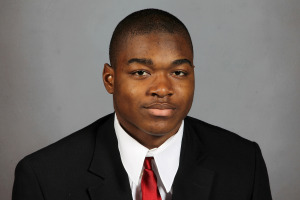 Tallahassee, FL – The Tallahassee Quarterback Club Foundation, Inc., the creator and sponsor of the Biletnikoff Award, is proud to announce that the 2014 Biletnikoff Award recipient, as the outstanding college receiver of the season, is Amari Cooper of the University of Alabama.

Howard, along with Tim Brown and Johnny Rodgers, is the only receiver to have won the Heisman Trophy.

The Biletnikoff Award recognizes the outstanding receiver in college football. Any player who catches a pass, regardless of position, is eligible for the Award.  Cooper was selected by the Biletnikoff Award Selection Committee, comprised of 265 distinguished college football commentators, journalists, and former players.  Please consult the website at www.biletnikoffaward.com for a list of voters and for the criteria for the selection of the winner. (http://biletnikoffaward.com/criteria)

Receiver has become the glamor position and focus in college football, as high-octane passing schemes have become the equalizer, and college football team rosters are filled with significant numbers of exceptional athletes who play receiver. The 2014 Biletnikoff Award Watch List, the longest in its history, reflected this talent abundance. The play of the 2014 watch list members merited their designation as the finest receivers in college football. 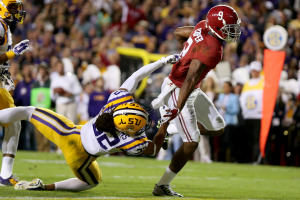 Amari Cooper’s performance this season was exceptional. He had 115 catches for 1656 yards and 14 touchdowns. Cooper’s receptions accounted for 45% of Alabama’s total receiving yards. Alabama played the 4th most difficult schedule (SOS) in college football and ranked 1st in strength of record (SOR).